All the British Airways flights cancelled today from UK airports 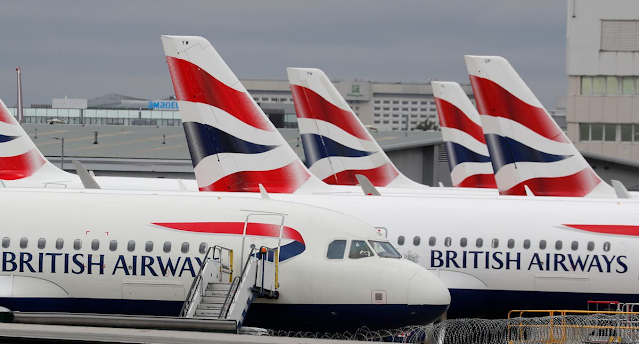 British Airways has cancelled 114 short-haul flights to and from its main base, London Heathrow airport on Wednesday.

The Independent calculates 22 domestic flights have been grounded, including two round-trips from Heathrow to Aberdeen, Belfast City, Edinburgh and Glasgow.

Ninety-two international flights are cancelled, including three round-trips from Heathrow to Amsterdam and holiday flights to Ibiza and Malaga.

BA says the flight cancellations are pre-planned and that passengers were given advance notice  – with some departures taken out of the schedules many weeks ahead.

While airlines do not disclose passenger loads on the grounds of commercial sensitivity, if an average of 80 people were booked on each flight at the point of cancellation then more than 9,000 travellers will have been affected by today’s cancellations.  SOURCE

VIDEOS YOU MAY WANT TO SEE BELOW >
LETS DISCUSS THESE FACTS FOR A MIN (WAKE UP) >
>
FEATURED VIDEO AND MORE FROM UK.USA ---- >
The following is the 'Annual Meeting' highlights closing film for Davos 2022 >
SEE THE VIDEO BELOW >
All the British Airways flights cancelled today from UK airports