As inflation rises, the Bank of England hikes interest rates once more. 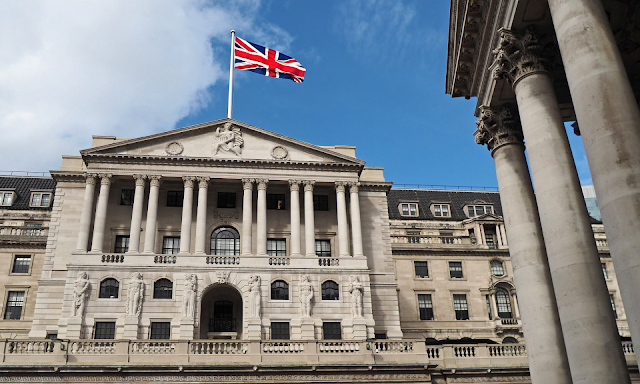 On the back of high energy prices, the central bank forecasts a severe slowdown in GDP later this year.
After annual inflation in the United Kingdom reached a 30-year high of 7% in March, the Bank of England raised its benchmark interest rates by 0.25 percentage points to 1% on Thursday. Inflation is predicted to peak in the fourth quarter at around 10%.
The rate hike is the fourth since the Old Lady of Threadneedle Street began tightening policy in an attempt to reduce the rate of growing prices without harming the British economy too much. However, the Bank expects growth to drop dramatically in the first half of the projected period as a result of increasing prices, particularly for energy.
"GDP is anticipated to fall in [the fourth quarter], driven mostly by a drop in families' real incomes, particularly that resulting from a projected increase of about 40 [percent] in retail gas and electricity prices when... price caps are next established in October," the report stated. "In 2023, calendar-year GDP growth will be basically flat."
The monetary policy committee stated in a press statement that a majority of 6-3 voted to raise the benchmark rate by 0.25 percentage points, to 1%, while the remaining three voted for a more hawkish adjustment of 0.5 percentage points.
Concerns about inflation have gripped central bankers throughout the Western Hemisphere. The Federal Reserve of the United States took a more aggressive stance than the Bank of England on Wednesday, announcing the largest interest rate increase in over two decades.