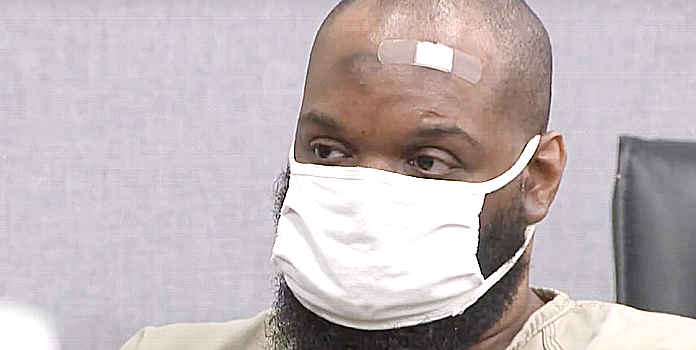 (Dmytro “Henry” Aleksandrov, Headline USA) A former school teacher was sentenced to 50 years in prison after he sexually assaulted a 7-year-old boy repeatedly and tried to kill both him and his mother.

Deonte Taylor, 39, was sentenced to “15 years each for three counts of first-degree statutory sodomy,” the St. Louis County Prosecuting Attorney’s Office said in a KSDK article.

Taylor also knew that he had AIDS at the time of his assaults, and, therefore, exposed the boy to the disease by assaulting him, authorities said, according to the Post Millennial. Due to this information, he was sentenced to another five years in prison.

The crimes reportedly occurred on November 13, 2015, in his Lusher Elementary School office. Investigators found his DNA on the boy and in his underwear.. continue reading  SOURCE

VIDEOS YOU MAY WANT TO SEE BELOW >
Fauci wanting 3 covid jabs for toddlers, who are not even affectedh >
>
FEATURED VIDEO AND MORE FROM UK.USA ---- >
Left wing inverted logic as direct response of state sanctioned genocide German Health Minister >
SEE THE VIDEO BELOW >
Infected w/ AIDS Gets 50 Years Teacher Who Sodomized 7-Yr-Old