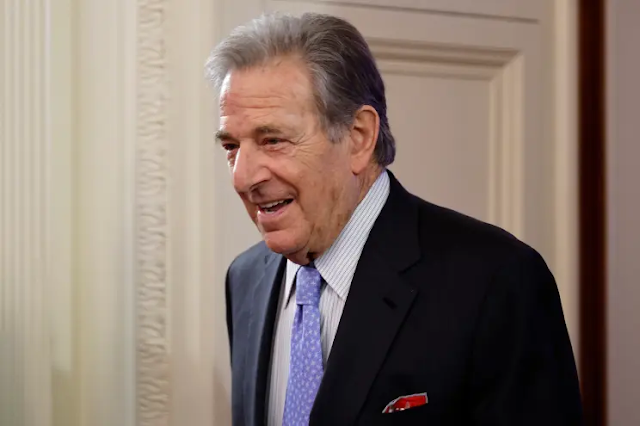 Paul Pelosi, Nancy Pelosi's husband, killed his older brother in a car accident when he was 16 years old in 1957.
Nancy Pelosi's husband killed his older brother when he flipped his sports car in California 65 years before he was arrested and charged with drunk driving over the weekend, according to newspaper clippings.
Paul Pelosi was 16 years old when he crashed his car near San Mateo in the early hours of February 22, 1957, according to the Daily Mail, citing a local news report from the time.
According to the San Francisco Examiner, his brother, David Pelosi, 19, was likely strangled by a neck brace he was wearing due to a previous neck fracture.
According to the report, Paul, who suffered a broken collarbone in the crash, called for help after breaking free from his car.
Highway Patrolman Thomas Ganley told a local news outlet at the time that Paul's older brother had urged him to slow down moments before the crash. SOURCE

VIDEOS YOU MAY WANT TO SEE BELOW >
Klaus Schwab in 2015 talking about his plans to use vaccines to change our DNA >
>
FEATURED VIDEO AND MORE FROM UK.USA ---- >
How the divide and conquer playbook is used to bring in tyranny >
SEE THE VIDEO BELOW >