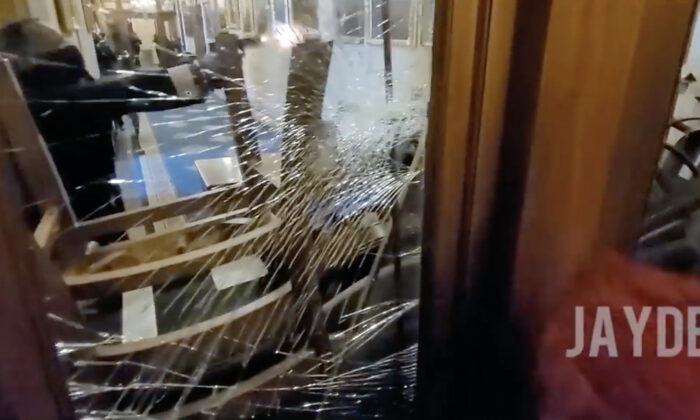 Capitol Police Lt. Michael Byrd produced no reports on his fatal shooting of Ashli Babbitt and refused to give an official statement to investigators, but he agreed to a “voluntary debriefing” in which he stated if the “mob of rioters” outside the Speaker’s Lobby at the Capitol gained entry, “it wasn’t going to go well.”

Those details emerged on June 7 from more than 100 pages of records released by Judicial Watch from its 2021 Freedom of Information Act lawsuit against the U.S. Department of Justice (DOJ). Records were released on the Judicial Watch website.

Some of the assertions in the report drew immediate fire from Ashli Babbitt’s husband and a witness to the shooting, who said the document gets a number of things wrong.

“If they can deem it a good shoot, they should be able to make everything public and explain exactly why–by the book–it was justified,” Aaron Babbitt told The Epoch Times.... continue reading  SOURCE

VIDEOS YOU MAY WANT TO SEE BELOW >
According to Dr tenpenny - Every fully death jabbed over 30 will have aids by the end of this year, (2022) >
FEATURED VIDEO AND MORE FROM UK.USA ---- >
⁣Video message of Ukrainian prisoners of war (POW) to Zelensky >
SEE THE VIDEO BELOW >
'Insufficient Evidence' of Excessive Force in Shooting Death of Ashli Babbitt DOJ Report Says