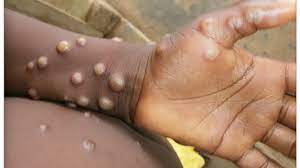 The United Nations' Aids agency (UNAIDS) condemned racist and homophobic reporting on the monkeypox virus on Monday, warning that irresponsible language was undermining the global response to the outbreak.
According to UNAIDS, a "significant proportion" of recent monkeypox cases have been identified among "gay, bisexual, and other men who have sex with men," causing some depictions of Africans and LGBTI people to "reinforce homophobic and racist stereotypes and exacerbate stigma."
Matthew Kavanagh, the UNAIDS deputy executive director, advised that such talk should stop immediately. He stated:
During outbreaks like this one, stigma and blame undermine trust and capacity to respond effectively.
Experience has shown that stigmatising rhetoric can quickly derail evidence-based responses by instilling fear in people, driving them away from health services, impeding efforts to identify cases, and encouraging ineffective, punitive measures.