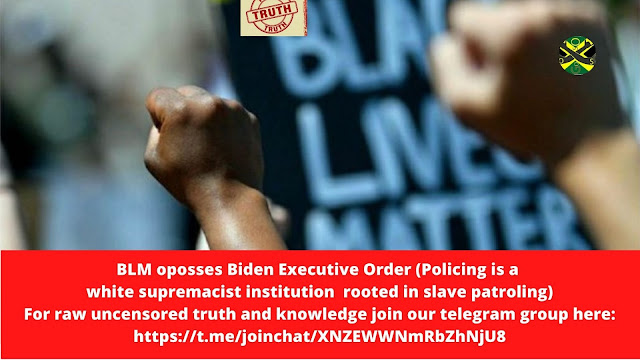 The radical activist group Black Lives Matter railed against the “white supremacist” institution of “policing,” decrying its roots in “racism” and “slave patrolling,” while attacking politicians who support “our killers,” in a series of tweets Thursday following President Joe Biden’s signing of an executive order on policing reforms.
In the wake of the president’s signing an order intended to improve accountability in policing, the official Black Lives Matter (BLM) Twitter account, which has over one million followers, expressed outrage over the fact that policing continues.
“Maintaining a white supremacist institution like policing costs Black lives,” the group wrote. “This continued commitment by politicians to support our killers makes them accessories to our demise.”
In follow-up tweets, the recent policing reforms were deemed ineffective as the very institution of policing is described as inherently rooted in racism.

VIDEOS YOU MAY WANT TO SEE BELOW >
Candace Owens talks WEF Klaus Schwab agenda on Fox News >
>
FEATURED VIDEO AND MORE FROM UK.USA ---- >
Scott Bennett explains what why Russia is in conflict with Nato… >
SEE THE VIDEO BELOW >
BLM oposses Biden Executive Order (Policing)